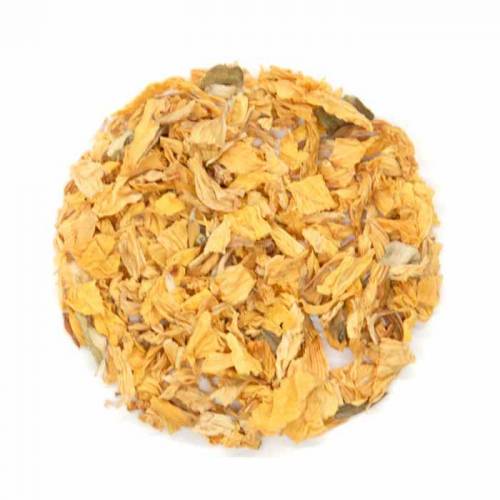 Sunflower petals come from the beautiful sunflower plant, which with its bright yellow petals is a great treat to the eyes, used commonly in gardens, summer bouquets and decorations. The petals are long, thick and bright yellow with a slight fragrance. Sunflower petals are often used for their decorative element in tea blends, crafts such as soap and paper making or sprinkled on salads. They are also used as natural fabric dye as their use can produce a dye in ranges of yellow and orange colors.

Have you tried Sunflower Petals? Tell us what you think!