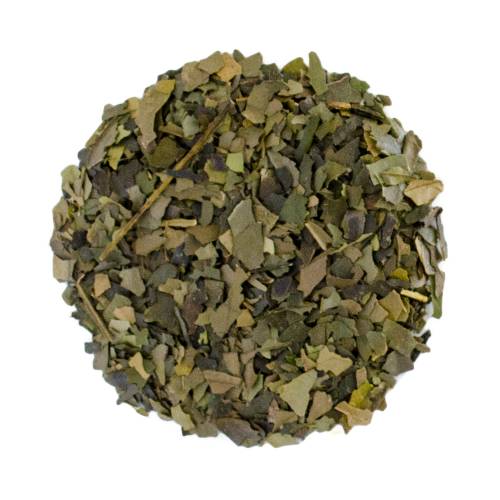 Guayusa from Ecuador, a stimulating herb with a high caffeine content and smooth woodsy taste.

Native to the Amazon rainforest, Guayusa (pronounced by locals as Wayusa) is a caffeinated plant that is known for it's stimulating properties. Like green tea, guayusa contains L-theanine and is a great source of antioxidants. It is also seen to aid in digestion and to supress appetite. It contains more caffeine than black tea does, but less than coffee.

The flavour of Shanti Tea's guayusa is woodsy and slightly citrusy. It makes a great replacement for coffee, it offers similar stimulation without the jitters left behind from coffee consumption.

Have you tried Guayusa? Tell us what you think!