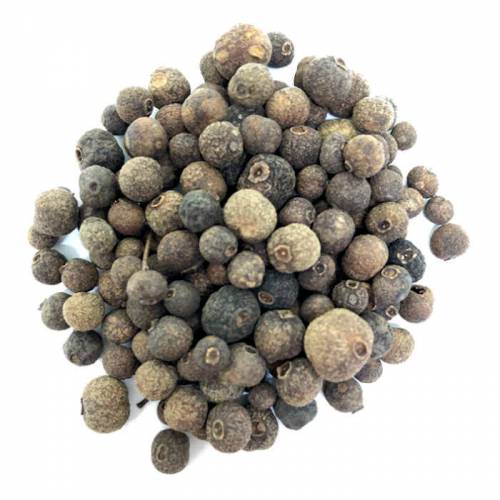 Allspice, known by the Latin botanical name of Pimenta dioica, comes from the Pimenta tree and is the unripe fruit that are dried and crafted into different forms. These brown colored berries have an aromatic, clove-like aroma and aromatic flavour, hints of cinnamon, clove, and nutmeg, as well as undertones of peppery heat. Allspice is used primarily as a cooking spice. Most notably, it has earned its reputation as one of the most important ingredients of Caribbean cuisine. It is commonly used in jerk seasoning, pickling spices, curry powders, and can be found in desserts and cakes. Allspice has a wide variety of uses in foods. It can be used in both sweet and savory recipes, and many different cultural cuisines apply it lavishly to dress their dishes.

Have you tried Allspice? Tell us what you think!