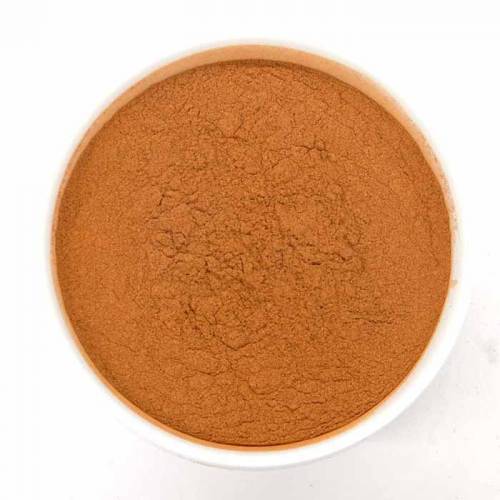 Shanti’s cinnamon powder is finely milled cinnamon from whole sticks. Aromatic cinnamon powder adds heat and spice to dishes and drinks. Cinnamon does not dissolve, but incorporates with other ingredients. Cinnamon has a sweet aroma and a sweet, smooth flavor. It blends beautifully into other flavors and it is used in chai tea blends, culinary spice mixtures, sauces, stews, soups, various desserts and mulled wine. In North America, cinnamon is mostly used for baking. It is found in morning buns, cinnamon cookies, apple pies, and pumpkin pies just to name a few.

Cinnamon is the brownish-reddish inner bark of the cinnamon tree, which when dried, rolls into a tubular form known as a quill. Cinnamon is available in either its whole quill form (cinnamon sticks) or as ground powder. All types of cinnamon belong to the same family of plants, called the Lauraceae family.

Cinnamon is indigenous to Sri Lanka and South India. It is one of the oldest of all spices and is mentioned in the Bible and in Sanskrit texts.

Have you tried Cinnamon Powder? Tell us what you think!